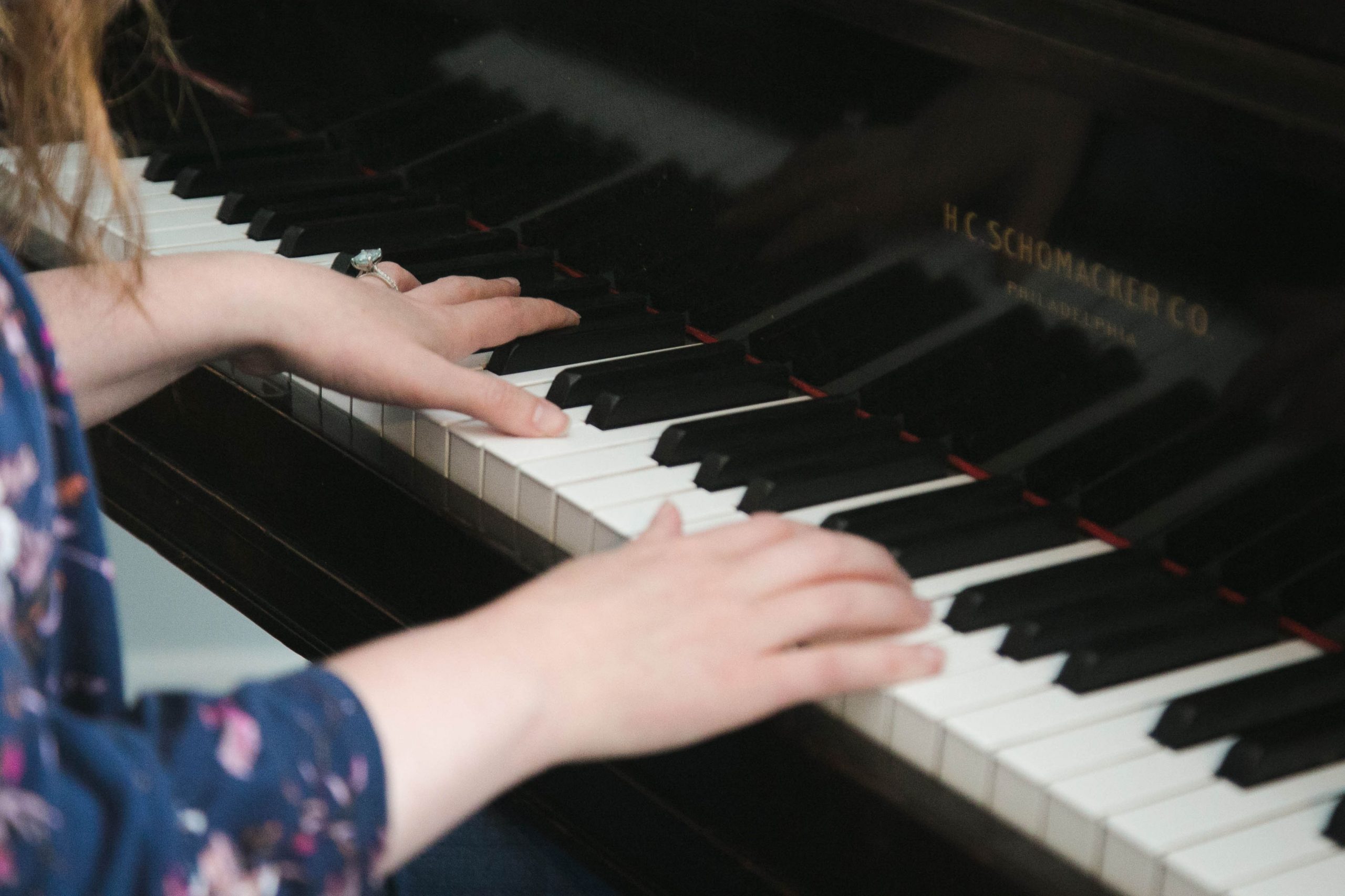 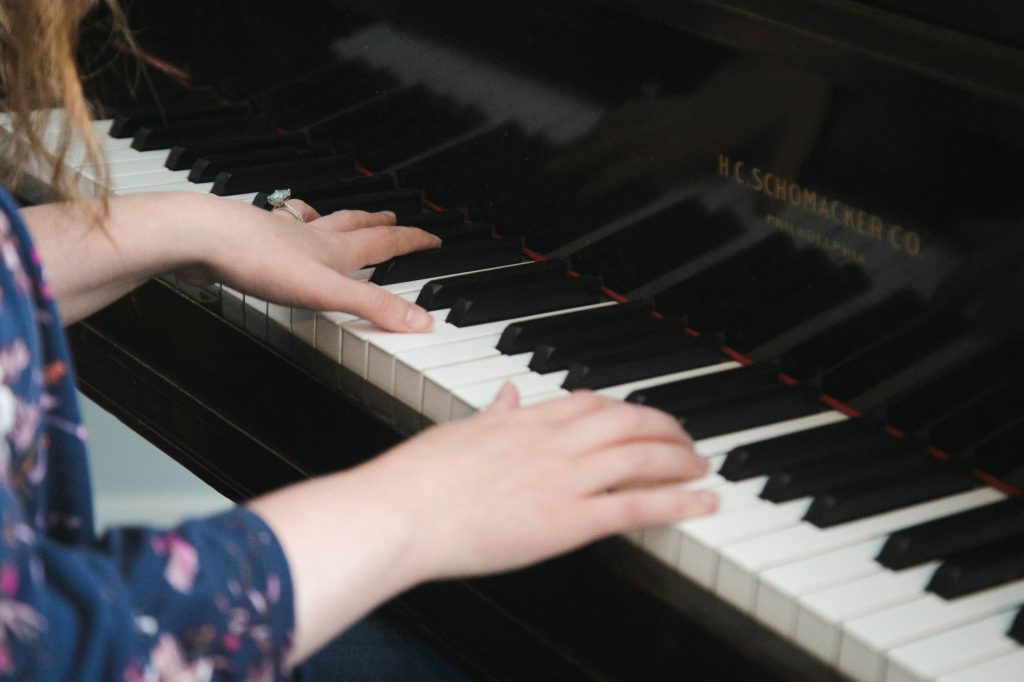 Have you ever messed up HUGE during a performance? Or does the fear of messing up keep you from performing at all?

Recently, I got to see one of my teenage students perform in public for the first time in her life. She was absolutely brilliant.

It was a pretty low stakes performance. She was tucked into the corner of a big craft fair with people buzzing around, the only true crowd she had was about 8 family members plus my 4 year old daughter and I who came to support her. Still, she was nervous.

I watched as she performed her songs, and she definitely had some nerves to shake off during her first song, but she sounded wonderful. Then the second song came, and it was a song we picked out together that she had to learn quickly. But it was perfect for her voice, and she was SO excited about it when I suggested it, that we figured it was worth having to learn quickly.

So she’s singing it as people buzz around, and my daughter is in front of her dancing, and every family member she invited has their iPhones pointed at her, and Santa Claus makes an entrance and it’s a LOT of sensory info to deal with, and she flubs the lyrics just a little. She doesn’t forget them, just switches a few lines around right before the interlude.

And that happens and the instrumental starts to play and she looks at me and scrunches her face and mouths the words, “I messed up.”

I shook my head NO NO NO NO. THUMBS UP. BIG SMILE. KEEP GOING.

And she did keep going, and she finished strong.

She sang one more song, and then walked straight up to me and I hugged her and she said, “Thank you for coming,” and then immediately after, “I messed up so bad.”

I reassured her in the moment, in the chaos. But I’m going to tell you everything I wish I’d told her, if I’d had the time.

1. No one noticed but you. Seriously. And the best way to keep people from noticing is to practice JUST. KEEPING. ON. GOING. when you do mess up. Recovery is a skill. Of course in general you want to stop and fix mistakes lest you actually learn the mistakes better than the way you actually want to sing and perform, but you should always have sessions where you run your material in full no matter what happens. That’s part of the game.

2. Even if people noticed, they definitely didn’t care. I don’t mean that to sound rude, or that no one cares about your performance. It’s not that. It’s that 99% of people listening to you perform are there to enjoy your performance, not judge you. I actually have memories of seeing major recording artists on major tours forget their lyrics and just keep going. Sometimes they play it off and let the crowd sing. Sometimes they just do verse 2 twice. Sometimes they mix their verses up. I’ve seen Dave Barnes do it. I’ve seen Miranda Lambert do it. Sara Bareilles had to stop and restart a performance a few months ago – she told everybody about it in her Instagram stories, and she was embarrassed. But think about what she’d been through recently at the time – she’d written a Broadway musical and been involved in its production. Then she starred in that musical multiple times. And took the show to London. And started writing and recording her first artist project in something like 7 years. And she was taking on multiple one-off appearances which each required different preparation. So ONE of them went a little off the rails. And she was embarrassed. And now she’s on tour and killing it. No one who matters is out there holding this against her. Her fans still bought tickets and showed up.

3. Sometimes witnessing a recovery is way more impressive than witnessing a perfect performance. And if you’ve got great stage presence and know how to be yourself with your audience, you can turn major things into comedic moments that will make you seem human and relatable to your fans (Sara BareilIes and Dave Barnes are both VERY good at this) and it will connect you deeper.

4. Finally, it is SO important not to dwell on what didn’t go well. Especially as a beginning performer, but really, this goes for everyone. Yes, sure, you can identify moments that didn’t go as you liked and try to fix them for next time. But mentally and emotionally that is not the best way to keep doing something that is already scary for so many people. As hard as it is, I like to focus in on moments of my performances that went well, and file those away in my brain as the highlights so I can be encouraged by them later. The crowd reacted to a funny line in a song I wrote, I hit a run that was really difficult and I worked for weeks on, I got the best compliment from another songwriter about how she was on my wavelength and loved my style. Those are all really awesome things that happened at my last performance. I could focus on how the adrenaline made my hands shake and my breath disappear, and how I’d been singing so hard for two days already that my high notes were disconnected and breathy, but ultimately, the response I got from the people around me doesn’t warrant me dwelling on that.

If you’re having a hard time focusing on the good, pull out a journal, make yourself find three things, and write them over and over. Fill a whole page with those good things. Do it every day for a week. And then move on to the next one.